On January 15, 2022, a gunman entered Congregation Beth Israel in Colleyville, Texas, during services, taking three congregants and a rabbi as hostages. The standoff ended more than ten hours later with all hostages released, unharmed, and the alleged perpetrator, identified as 44-year-old British national Malik Faisal Akram, fatally shot by an FBI SWAT team. Akram allegedly demanded the release of Aafia Siddiqui, who is serving an 86-year prison sentence for assault and attempted murder of U.S. nationals in Afghanistan at the Federal Medical Center in Carswell in Fort Worth, Texas, roughly 20 miles from the synagogue. 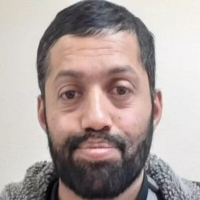 Al Qaeda in the Arab…

Ramzi Yousef is a Pakistani Al Qaeda operative who participated in several high profile attacks on behalf of the terrorist group. Yousef was the lead in the 1993 bombing of the World Trade Center in New York... Read more

The Charlie Hebdo terror attack occurred on January 7, 2015 in Paris, France, when two brothers forced their way into the offices of the French satirical newspaper Charlie Hebdo and opened fire, killing 12 people and injuring... Read more