Steven Carrillo allegedly carried out two attacks against security personnel and law enforcement officers in California in May and June 2020, killing two people and injuring three others. According to the FBI, investigators found a ballistic vest with a boogaloo patch in his vehicle, signifying that Carrillo was associated with the boogaloo movement. Prior to his arrest, Carrillo allegedly wrote the word "boog" in blood on the hood of a vehicle he had hijacked. Carrillo has been charged with 19 felonies, including murder and attempted murder. 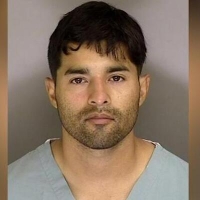 Agenda 21 was a non-binding UN resolution passed in 1992 intended to help governments promote sustainable development. Since it passed, the resolution has been used by anti-government extremists and conspiracy theorists as evidence of a plot to... Read more

Ammon Bundy is a prominent anti-government figure in Idaho and the founder of the Peoples' Rights movement, a network of mostly far right-wing activists. Prior to starting that group, Bundy led the 2016 armed occupation of the... Read more