Robert "LaVoy" Finicum participated in the armed takeover of the Malheur National Wildlife Refuge headquarters, which began in eastern Oregon on January 2, 2016, and lasted for 40 days. Finicum was ultimately shot and killed by state police during an attempted traffic stop of the takeover's ringleaders. He is a martyr among adherents of the so-called "Patriot" movement (which includes militia groups, sovereign citizens, and other anti-government extremists). 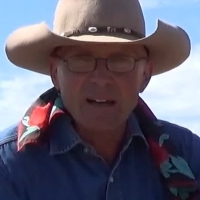 Big Luau is a common nickname for the boogaloo movement that became popular as a sound-alike alternative to the word "boogaloo." The term is the inspiration for much of the movement's Hawaiian aesthetic, including its Hawaiian shirts... Read more