Gavin McInnes (b. 1970) is the VICE Media co-founder who formed the Proud Boys in 2016. Although McInnes is no longer an active member of the Proud Boys, his influence is still important to the group. When the Proud Boys were first announced, McInnes described its members as "Western chauvinists who refuse to apologise [sic] for creating the modern world," and who "long for the days when "girls were girls and men were men."" He is also known for his overt xenophobia, racism, misogyny and advocacy for brutal tactics when dealing with counter-protesters, namely antifa. 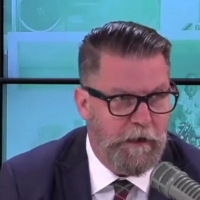 Malinformation is real information that is spread deliberately and with malice, such as doxing or revealing personal, private information without consent.

Misinformation is false/misleading information that is spread by those who genuinely believe it to be true, without malice or coordination. One example is average social media users sharing anti-vax conspiracy theories they believe are factual and correct.

Disinformation is purposely created false/misleading information that is meant to manipulate or harm people, places and institutions. It is created with malice or greed, typically in pursuit of political, social or financial agendas. One example is government-run... Read more