Jerry Vlasak is a former trauma surgeon who co-founded the North American Animal Liberation Press Office, which shares information and statements from extremist cells that commit criminal activity. Vlasak serves as one of the primary spokespeople for the extreme animal rights movement. In interviews with media, he has expressed support for acts of violence and intimidation, carried out against University of California scientists and against humans in general, believing it's justified to save an animal's life. The tactics and ideology promoted by Vlasak were put into practice by animal rights extremists, who launched a series of targeted attacks against the University of California system from 2003 to 2008; Vlasak blamed targeted researchers for any harm done to them. 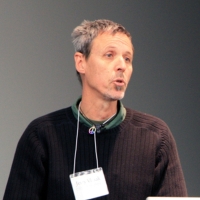