Green anarchy is a brand of anarchism that opposes modernization and its effects on the natural environment, with which some eco-activists affiliate themselves. Green anarchists, also referred to as primitivists, contend that humans were better off thousands of years ago, before the advent of farming. Based on an ideology devised by John Zerzan, primitivism "views technology and civilization as an unnecessary evil and believes humanity would be much happier and healthier outside the modern industrial world." 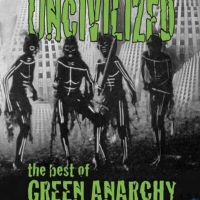