The Earth Liberation Front (ELF) is the environmental counterpart to the Animal Liberation Front (ALF). Modeled after ALF, ELF consists of "autonomous groups of people" who are "anonymous not only to the public but also to one another," according to its website. The movement aims to "inflict economic damage on those profiting from the destruction and exploitation of the natural environment" and "to reveal and educate the public on the atrocities committed against the earth and all species that populate it." Acts of property destruction are considered by ELF to be non-violent because no human beings or animals are targeted. ELF evolved out of Earth First!, an ardent environmentalist group founded, in its own words, "in response to a lethargic, compromising, and increasingly corporate environmental community." ELF first claimed sole responsibility for an attack in the U.S. in 1997 and actively engaged in criminal activity into the early 2000s. While the movement is less active today, criminal incidents associated with the movement still occur sporadically. 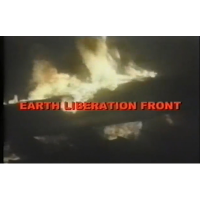 Rodney Coronado is a longtime spokesperson for the extremist environmental and animal rights movements in the United States. Coronado was involved in the firebombing of an animal research laboratory at Michigan State University (MSU) in 1992 and... Read more