Earth First! is the environmentalist group from which the eco-terrorist group, Earth Liberation Front (ELF) evolved. Dave Foreman, a former lobbyist for the Wilderness Society and several other activists influenced by more militant organizations, founded Earth First! around 1980. The group combined environmental protection with a form of spirituality called "deep ecology," popularized by Norwegian philosopher and mountain climber Arne Naess. Members regarded their activities as not merely political but also spiritual. During the 1980s, Earth First! activists performed direct actions ranging from tree-sitting to tree spiking - hammering a long nail that can create shrapnel injuries when cut by logging tools such as a chainsaw. The methods of Earth First! proved too moderate for some of its members, and in 1992 a small group met in England to form ELF. 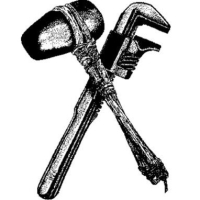