Anti-LGBTQ+ extremism is a form of single-issue extremism whose adherents focus on demonizing, attacking or otherwise intentionally targeting individuals, communities or institutions based on their real or perceived identification with or support for a sexual orientation, gender identity or gender expression included under the LGBTQ+ umbrella.

Anti-LGBTQ+ extremism includes people, groups, organizations and online networks that primarily or substantially promote or act on this ideology.  It can also overlap to varying degrees with other extremist movements may hold similarly hateful views of the LGBTQ+ community.  Anti-LGBTQ+ extremists may employ a range of tactics in service of their beliefs, both in-person and online, as well as both violent and non-violent measures.

Examples of common anti-LGBTQ+ extremist tactics include threatening or engaging in acts of violence against LGBTQ+ individuals, institutions, events or communities; vandalizing LGBTQ+ homes, businesses or institutions; doxxing LGBTQ+ individuals; engaging in incitement and harassment campaigns against members of the LGBTQ+ community and allies, including educators, doctors who provide gender-affirming care and librarians who provide information about and services for the LGBTQ+ community; creating and propagating anti-LGBTQ+ propaganda, conspiracy theories and disinformation; and other acts of harassment, threats and violence.

Not every instance of anti-LGBTQ+ bias or prejudice is an example of anti-LGBTQ+ extremism. ADL considers expressions of anti-LGBTQ+ hate to be extremist when motivated in whole or part by an ideological commitment to marginalize, oppress or target LGBTQ+ individuals or communities.

(Note: This is inclusive of perpetrators who themselves identify as LGBTQ+ when they act in accordance with the definition laid out for anti-LGBTQ+ extremism). 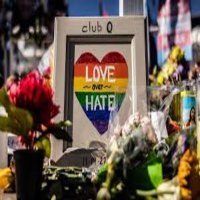 Libs of TikTok is a popular anti-LGBTQ+ twitter account operated by former real estate agent Chaya Raichik. The account, which has over 1.3 million followers as of August 2022, attempts to generate outrage and stoke anti-LGBTQ+ hostility... Read more
Read more

Grooming refers to behaviors used by abusers to build relationships and trust with children or young people to aid in manipulating, exploiting and abusing them. The term has been appropriated and weaponized by anti-LGBTQ+ bigots who falsely... Read more
Read more

Alison Weir is a U.S.-based anti-Israel activist, antisemite, president of the Council for the National Interest and founder of the organization If Americans Knew. On social media and in articles, she frequently deploys antisemitic tropes, including the idea... Read more
Read more

Rasmea Odeh, an anti-Israel activist based in Jordan, was convicted in an Israeli court in 1970 for her alleged involvement in a 1969 supermarket bombing that killed Israeli college students Leon Kanner and Eddie Joffe. Odeh gained... Read more
Read more

ADL Crowdfunding Report: How Bigots and Extremists Collect and Use Millions in Online Donations

January 31, 2023 Read more about ADL Crowdfunding Report: How Bigots and Extremists Collect and Use Millions in Online Donations