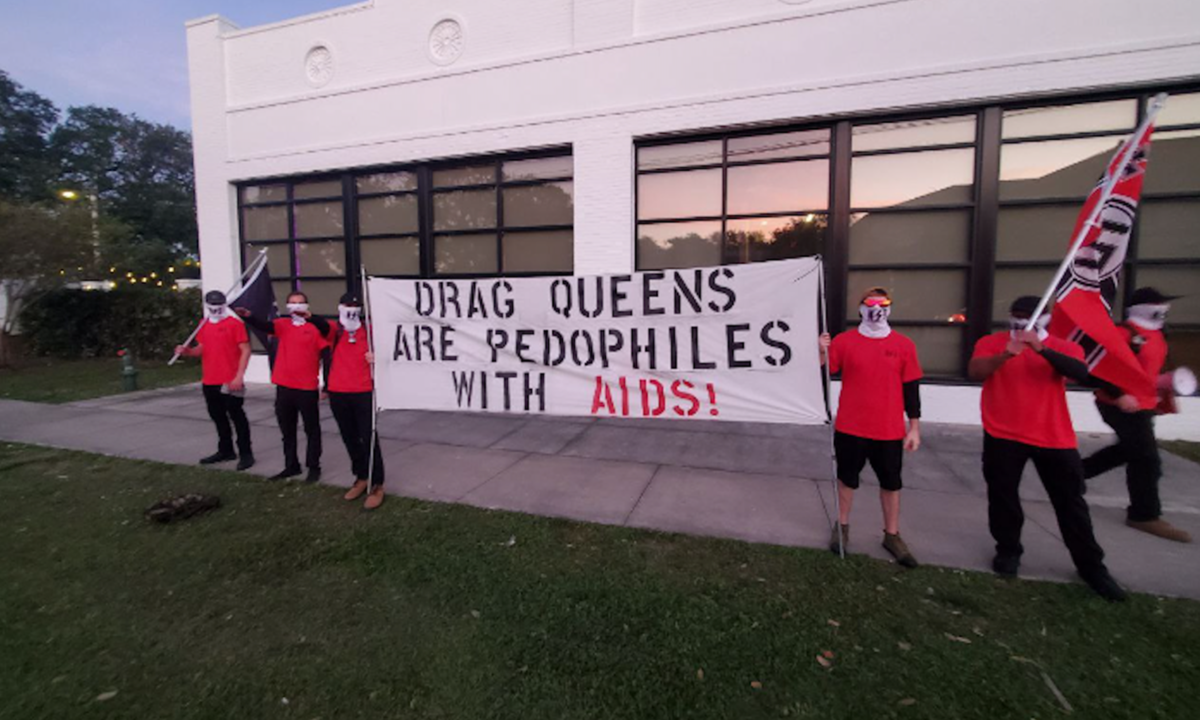 On December 3, 2022, the ADL Center on Extremism (COE) tracked several extremist events targeting the LGBTQ+ community. This wave of bigoted action from the Proud Boys, the virulently antisemitic Goyim Defense League and two white supremacist groups, comes just weeks after five people were murdered and at least 19 injured in a shooting at an LGBTQ+ club in Colorado Springs, Colorado. Earlier this week, a Texas man was arrested for making death threats against a Boston physician who provides gender-affirming care to the LGBTQ+ community, and a new Department of Homeland Security bulletin warned of threats against LGBTQ+, Jewish and migrant communities.

The protests in Ohio, Florida and New York featured well-worn, baseless accusations of “grooming” and child abuse and underscore the ongoing amplified threat to a community already on edge. COE researchers continue to monitor nationwide anti-LGBTQ+ events and protests.

In Columbus, Ohio, members of the Proud Boys, the white supremacists from Patriot Front and White Lives Matter as well as a group of armed, camouflage-clad protesters showed up to protest the canceled Holi-drag story time event. The event, initially scheduled to take place on Saturday morning at the First Unitarian Universalist of Columbus, was reportedly cancelled when story time organizers could not secure confirmed protection from law enforcement, and some participants expressed discomfort with a potential law enforcement presence.

Despite the cancellation, at least 50 Proud Boys were on the scene, representing the largest number of protesters, alongside members of Patriot Front, White Lives Matter and unaffiliated protesters.  The extremists do not appear to have coordinated their efforts, and Proud Boys shouted insults at other groups throughout the protest.

Florida saw at least two extremist-led anti-LGBTQ+ protests over the weekend. On Saturday evening, approximately 13 people associated with white supremacist group NatSoc Florida (NSF) staged a demonstration outside of the Art/Ifact art gallery in Lakeland, Florida, the site of an all-ages "celebration of the arts" festival hosted by a drag queen. 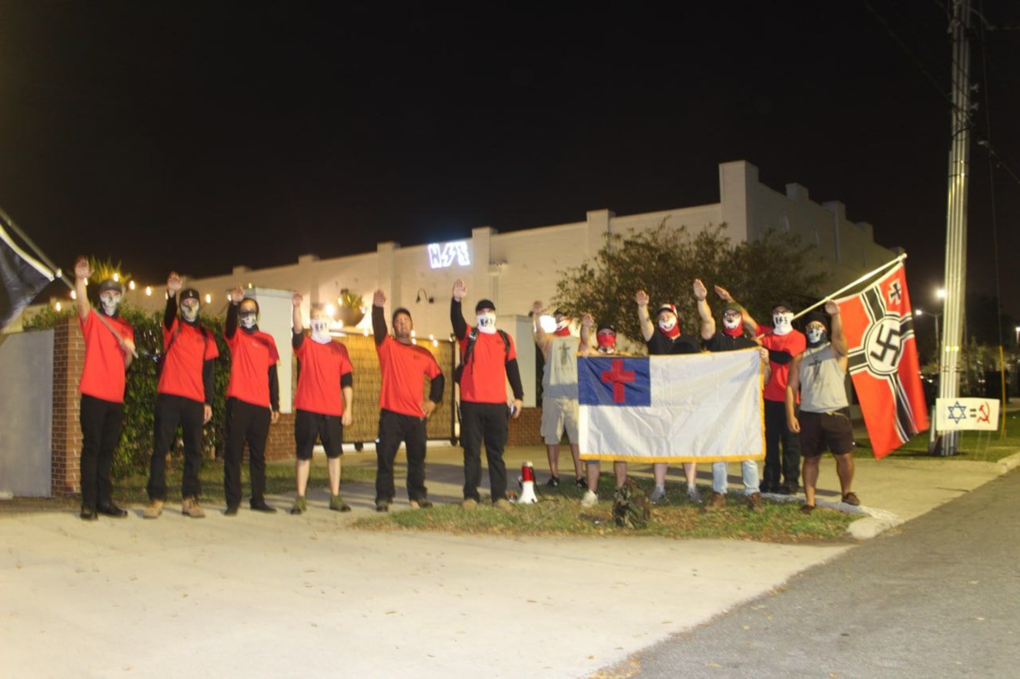 The demonstrators carried Nazi battle flags and a banner that read, "Drag Queens are Pedophiles with AIDS,” and used a projector to display the messages "Jews run the pedo agenda" and "Make Pedophilia Punishable by Death" on the exterior walls of the gallery.

The Lakeland demonstration capped a weekend of "Laser Nazi" and NSF activism. On December 2, people associated with NSF and "Laserwaffen" used a projector to display an antisemitic message on a ship at the Jacksonville Naval Museum. The message read: "Remember the U.S.S. Liberty," a reference to an antisemitic conspiracy theory. They appear to have projected the message from the John T. Alsop Jr. Bridge. 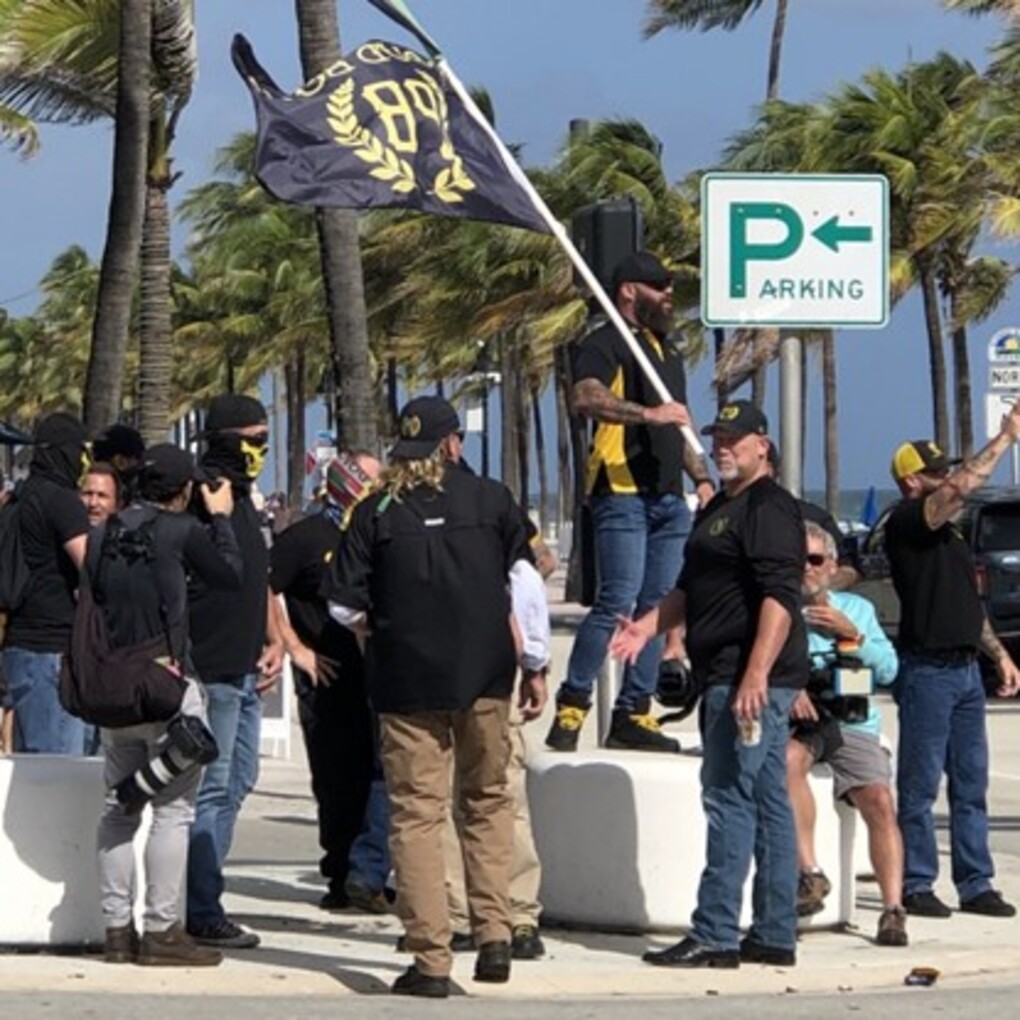 Also on Saturday, in Fort Lauderdale, Florida, approximately 20 members of the Proud Boys attended an anti-LGBTQ+ "Protect the Children" rally, organized by "Gays Against Groomers," "Moms for Liberty Miami" and "Florida Fathers for Freedom." This protest, which was not in response to a specific LGBTQ+ event, was widely promoted on social media, by right-wing outlets including Breitbart and OANN as well as the Goyim Defense League and the "Vice City" Miami chapter of the Proud Boys. The anti-LGBTQ+ protesters appeared to be outnumbered by at least 50 counter-protesters. 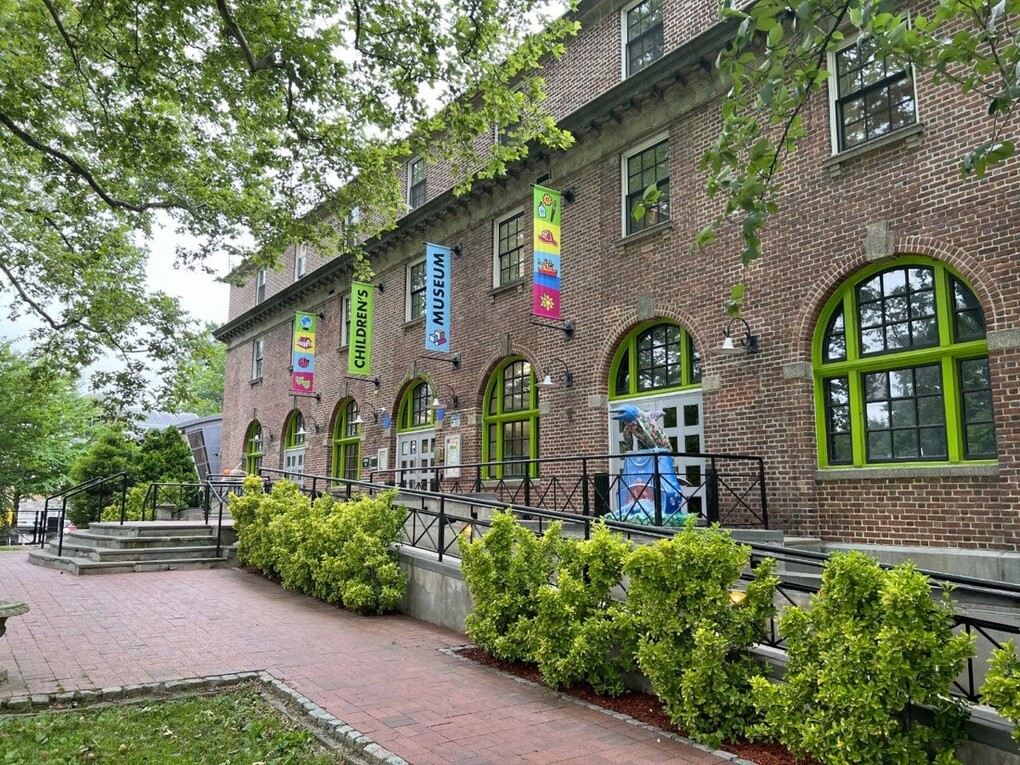 A Saturday “Drag Queen Story Hour NYC” at Lincoln Center in Manhattan was targeted by approximately 20 protesters, including members of the Goyim Defense League and leader Jovi Val (aka Jovanni Valle), who harassed attendees with pleas to end “the grooming of children.” Protesters clashed with at least a dozen counter-protesters.

Protesters also targeted a drag queen story time event at the Staten Island Children’s Museum in Snug Harbor. Scott LoBaido, who is described by a local news outlet as a “controversial artist/activist,” led around 60 protesters, including at least three Proud Boys, in shouting anti-LGBTQ+ comments and accusing event organizers of child abuse. Witnesses describe the protesters as lacking cohesion, with anti-vaccine conspiracists also on the scene.

On December 4, 2022, approximately 10 protesters showed up outside of a drag queen story hour at the Jewish Community Center in Oceanside, NY, accusing event participants of “grooming” children. According to social media accounts, they were met by 15 counter-protesters who were defending the story hour.