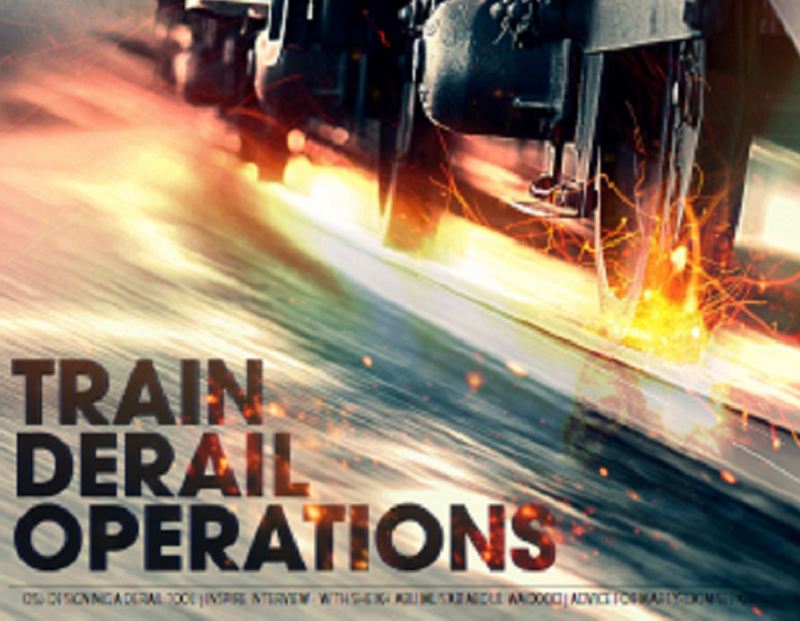 On August 13th, Al-Qaeda in the Arabian Peninsula released the 17th issue of Inspire magazine featuring instructions from the “AQ-Chef,” including “a simple method for targeting trains…[involving] derailing a train from the railroad by placing an object on the tracks.” The magazine supplements the instructions with a list of priority targets, ranking “Jewish interests everywhere” first.

While this is not the first time al-Qaeda has targeted trains, this issue of the magazine offers a new, low-tech strategy and step-by-step instructions for building a “derail tool” that doesn’t require advanced bomb-making skills.

We’ve seen these plans in action before. The 2004 Madrid bombings and 2009 New York subway plots were higher-level, coordinated Al-Qaeda attacks.  In Madrid, the bombing caused significant damage, killed 192 people and injured more than 2,000.

Inspire speculates that accurately targeting high-speed trains near mountains, buildings, bridges or tunnels could “cause devastating damage when the train derails from the track.”  The magazine is telling its readers: It’s no longer necessary to use bombing tactics to achieve a mass-casualty event; with these new instructions, a single person using simple, hard-to-detect materials can achieve the same level of destruction.

This focus on lone-wolf attacks is concerning, but not particularly surprising. Al-Qaeda has previously employed lone-wolf methodology, but Al-Qaeda’s previous attempts at lone wolf attacks were not especially successful.  After 9/11, the organization aimed to make up for significant territorial losses in Afghanistan by focusing on the internet, and virtual dissemination of training manuals for would-be terrorists.  But leaders, including founder Osama bin Laden, were wary of putting their trust into lone-wolf agents whose attack tactics were out of their control, based on previous experience with unpredictable agents who employed arbitrary violence.

As ISIS rose in prominence, and reportedly inspired the perpetrators of high-profile lone-wolf attacks, including the Pulse nightclub shooting, as well as the Nice and London ramming attacks, Al-Qaeda’s strategy began to shift.

In addition to encouraging lone-wolf violence, Al -Qaeda has maintained its anti-Semitic focus, identifying Jews as top-tier targets, even above the US and its coalition countries, which they call “American Crusaders” and “Crusader member states of NATO.”  Both al-Raymi and bin-Laden specifically encourage followers to inflict “punishment on Jews and Crusaders wherever [they] are present” and warn that anyone “who supports Jewish occupiers shall never dream of peace. “

The latest Inspire connects the recent coalition airstrikes in Yemen to “what’s happening in Palestine at the hands of the Jews,” and once again, prioritizes Jewish targets. For further insight into Al-Qaeda’s anti-Semitic agenda, see the ADL report, “Anti-Semitism: A Pillar of Islamic Extremist Ideology.” As the organization capitalizes on the growth opportunities created by the vacuum of Yemen’s declining political state and ISIS’ downward spiral, Al-Qaeda in the Arabian Peninsula poses a significant threat to Western interests, and their propaganda materials must be taken seriously.